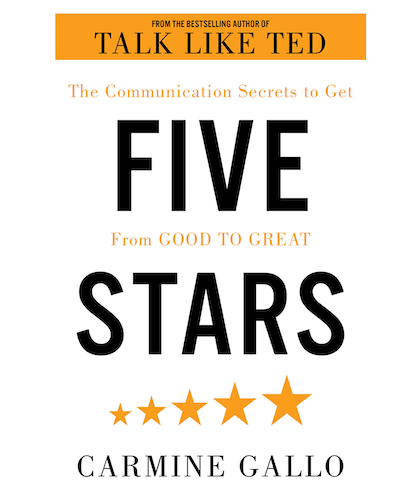 The opening chapters affirm my thinking about the value of the skill of public speaking. Gallo provides a number of examples – some I have presented below.

Gallo suggests that “Persuaders are irreplaceable”.

He argues that “the days of being average in business are over. If a computer can recognise average, it can replicate average. Average simply isn’t good enough to stand out in the digital age.”

“If you can persuade, inspire and ignite the imagination of others, you will be unstoppable, irresistible and irreplaceable,” he says.

He goes on to say that “Emotional connection is, indeed the winning ticket in a world where technologies such as automation, big data, artificial intelligence and machine learning are eliminating millions of jobs and disrupting entire industries, businesses and careers.”

His key point in the opening chapter is that in every economic shift – and especially in the digital revolution, communication skills become more valuable and not less.

My favourite quote from the opening chapter is “People who know how to talk – and talk well – will be rewarded, and those with the ability to inspire people – to ignite another person’s imagination – will be especially well-positioned”.

He also quotes data expert Anthony Goldbloom who says “If you have the ability to communicate ideas that grab people’s attention, then you won’t be replaced anytime soon”.

“The unusual person will jump out” – says Warren Buffett. “You will jump out much more than you can anticipate if you get really comfortable with public speaking. It’s an asset that will last you 50 or 60 years and it is a liability if you don’t like doing it.”

He goes on to say that mastering the art of public speaking is the single greatest skill a person can acquire today to boost their career in the future.

This was music to my ears, as I have spent the last 19 years trying to perfect my craft as a public speaker, with the intent to inspire and influence others in each and every talk. 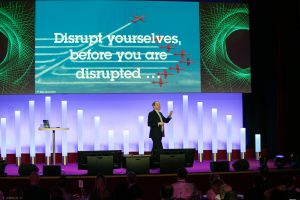 An event last week reminded me that you’re never too old to realise the need to “rise above the noise”, and in this increasingly automated world, especially in the digital revolution – communication skills become more valuable and not less.

For nearly 3 years now, I have been involved with the charity set up by ITV journalist Robert Peston called Speakers for Schools. This organisation pairs secondary schools in the UK with speakers to motivate and inspire the next wave of leaders.

I spoke to a group of the mixed 6th form at Wilmington Grammar School for Girls.

I always start my talk by saying that I can predict which of the students in front of me will be successful, and this event was no exception.

After my talk of around 30 minutes where I employed the students to “rise above the noise and I have the students a mini-masterclass on personal branding.

I delivered a very similar talk to Ruislip high in December 2017 which you can watch below.

After I had finished the talk, there were a number of students that asked very interesting questions. As I was packing to leave, one student, Billy Ellis approached me and said “I’m doing all of the things that you mentioned in your talk”. He then proceeded to give me his professionally produced business card (one of my personal branding suggestions), and also a copy of his self-published book.

I was so impressed with Billy’s achievements I asked if we could take a photo, which I then shared on Twitter. 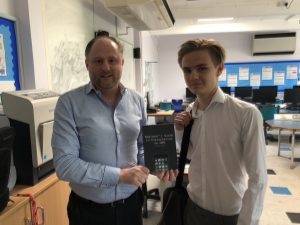 I’ve been wanting to set aside the time for a while now to write a book, and I have already started writing one, but I was spurred on to accelerate my plans given the fact that someone a generation younger than me has already published one.

It shows you that you’re never too old to be inspired into rising above the noise yourself and that no matter what stage you are in your career, communications skills have incremental value to both you and the organisation you work for.

Carmine Gallo’s book has also emphasised how important being able to stand out – by using the art of public speaking or having a well respected personal brand can help future-proof you against the rise of the robots.

So answering the question I posed in this post’s title “Which jobs will survive when the robots take over?”, the answer is that it is not always about the position, the type of work, but about your own uniqueness – your own ability to stand out and be different and irreplaceable.

“Everyone needs to find their extra – their unique value contribution that makes them stand out in whatever is their field of employment.”

What are you doing to future-proof your career?