First up some credentials so you can determine if I am qualified to make this statement.

I have a Master of Engineering Degree and I started life as a radio engineer working on satellites and mobile phone networks in the 90s.

I have also worked in senior roles at Optus and Telstra (Australia’s largest mobile operators) and for 4 years I ran the commercial arm of a mobile location company.  I’ve also worked in the mobile advertising space and for a time this blog was one of the most popular to do with mobile and advertising.

It is also fair to say that I am one of the most vocal supporters of all things mobile, but I am also not afraid to share my views, and like adding a healthy dose of reality to the debate.

This was most evident at a recent Like Minds event during social media week where I put forward my views on why mobile advertising in its most popular form (banners) is not working. See a liveblog of the event SoLoMo – why are we waiting?

Alex Millar, Chief Executive of Jam provided a roundup of some of the events during Social Media Week in London (click the image below for a larger view).

In particular it was item 4 on his list of 10 things he learned from Social Media week that caught my eye.

Under the headline “4G is here”, Alex writes that “4G is going to change everything in the mobile sector” – really?

What worried me about this statement is that everyone said this about 3G before it launched some years ago.

The quote that really made my head shake though was

“the arrival of 4G is going to produce a second “mini gold rush” like the app store did. 4G will change the way people interact and consume content.”

“When you have download speeds on the move that you previously only managed to get at home, content such as long-form video will become more accessible”

Let’s dissect these statements one by one.

“the arrival of 4G is going to produce a second “mini gold rush” like the app store did. 4G will change the way people interact and consume content.”

First of all, 4G in the UK will be evolutionary not revolutionary.  During a trip to New York in April, using the T-Mobile USA HSPA network, and a Huawei E587 MiFi, I was able to achieve 21.47MB/s download and 12.74MB/s uplink speeds on a loaded network (midtown Manhattan, at 4pm on a weekday).

See the archived speed test below for proof.

The T-Mobile USA network (and MiFi) is marketed as 4G, but is really HSPA+ DC (HSPA Dual Carrier) which is theoretically the fastest variant of HSPA (High Speed Packet Access). HSPA is the technology deployed in all UK mobile operator 3G networks.

The fact that the UK operators haven’t event deployed the faster dual-carrier variant of HSPA is a different story again and shows how far behind the US market we really are when it comes to network infrastructure.

So yes, from max speeds of around 3 – 5MB/s download on existing 3G UK networks to 30MB/s on EE 4G LTE seems amazing, but it just means that EE are skipping the intermediate speeds that US operators are experiencing on late model HSPA networks today.

In fact the Huawei E589 MiFi that EE will launch with is capable of 100MB/s download and 50MB/s upload so the version of LTE they are deploying at launch is not anywhere near the theoretical limits of LTE hardware available today.

In the UK, mobile operators are still struggling to provide even reliable 3G networks, and when the iPhone 3G was introduced by AT&T and O2, both suffered massive network failures.

Over the last few years I have seen mobile operators (apart from 3 in the UK) reduce mobile data allowances, and try and shift traffic off 3G and onto WiFi with “inclusive WiFi” deals. This points to the fact that mobile broadband use is growing faster than capacity permits.

My point here is that just because LTE offers faster speeds does not mean that the plans will be cheaper, or people will do more on a 4G network.

This morning I had a look at the existing mobile plans from T-Mobile and Orange UK, as well as those from Telstra in Australia, who have been running a 4G LTE network for a while.

The summary is, unless you are paying the top price for your phone per month (around £50/$80) then your data allowances are between 1-3GB/month.

This is not something that will support the consumption of “more long-form video”.

My anecdotal research shows that most consumers in the UK don’t even know what mobile data plan they are on, and as such are afraid about using high-bandwidth apps on their mobile for fear of “bill shock”.

4G will not change the fear of bill shock, and as EE will have no 4G LTE competitors for the best part of a year, I don’t see them jumping to “all you can eat” data plans like Three have in the UK (I am willing to be amazed though on 30th October when they launch their network).

Also the author is misguided if he thinks that “targeted marketing” is likely to improve with 4G.

“Targeted marketing” and mobile are two phrases that don’t sit comfortably with me.

At the social media week event I attended above, Justin Pearse, a fellow panelist sitting next to me told me that the mobile ads he receives (as text messages) from O2 were for all sorts of things, few of which he was interested in.

This amazed me as I know first-hand that the O2 media advertising product has an extensive list of opt-in questions when you sign up (see below). 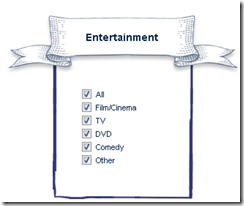 The fact that Justin’s ads are still not targeted makes me sceptical that advertisers are still going for reach and frequency and not taking into account personal preferences.

What do I want to see from EE’s 4G LTE network when it launches on 30th October?

And if anyone from EE is listening, I’m happy to be an EE 4G LTE crash test dummy.  As a mobile broadband power user globally, I can provide consumers with a first-hand view of how your 4G LTE network stacks up. Why not get in touch via email or @andrewgrill