I had a fascinating discussion with Helen Kennedy from Leeds University this week.

She approached me about an interview to support her research and book about social media monitoring.

During our interview, she was particularly interested on my view, and the view of the industry on the status of “public” social media posts.

In particular, she wanted to know if I felt the industry would (or could) be regulated so that consumers had the right to decide if their social media posts could be monitored or captured by social media monitoring firms.

It raises a very interesting question – how private are our public posts?

Also where do we draw the line?

Can a monitoring firm collect and store a public tweet or blog post? How about a newspaper? How about a future or prospective employer? Who gets to decide? How could you technically implement this? Who would pay for it?

Randi Zuckerberg found out last December what could happen when a “private family moment”, posted on her Facebook page for her followers was subsequently posted very publicly on Twitter by someone who had access to the photo. 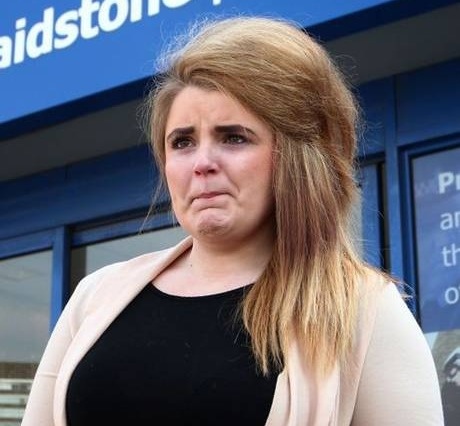 A more recent example, this time from the UK concerns 17 year old Paris Brown, who for less than a week held the role as the First Youth Police Commissioner, on a salary of £15,000 ($23,000) a year.

Her announcement was welcomed initially as a fantastic initiative to connect the youth of Kent with the Police. No doubt the role and her appointment were done for all the right reasons.

I am also sure at the moment her appointment was announced, several UK newspaper editors were saying “let’s see if we can dig up some dirt on her”.

As those familiar with the way UK tabloid newspapers work will know, they try to embarrass celebrities (usually highly paid footballers) and politicians for doing silly things to sell more newspapers. On the whole, this strategy works as those on high salaries and in the public eye end up doing something that an editor knows will be very newsworthy.

In the age of social media, a few searches on Twitter and Facebook can do the same job that would normally have taken an investigative reporter and a private detective weeks of work.

Less than a week later, Paris tearfully resigned after newspapers published tweets from when she was between the ages of 14 and 16, which probably did not fit the role of a Youth Police Commissioner.

Quoting from the Telegraph report:

“I strongly reiterate that I am not racist or homophobic. I have fallen into the trap of behaving with bravado on social networking sites. I hope this may stand as a learning experience for many other young people. I have made this decision after a great deal of thought and consultation with my family. As I made clear over the weekend, I accept that I have made comments on social networking sites which have offended many people. I am really sorry for any offence caused.

In this case, a simple look at Paris’ (now deleted) Twitter feed showed she had different views on drugs, welfare and immigration than those you would have expected from someone thrust into the public eye at just 17 years of age to talk about the views of youth as a paid representative of the Police service.

I am not going to go into the specifics of her posts, because this is not the issue here.

The issue is twofold

Regardless of the role of social media monitoring firms, others such as the press, employers, and even the Government are all interested in this publicly available information, as it can inform not just on an individual level, but also help provide research on trends and inform a company of how they are perceived in the market.

[full disclosure: I am the former CEO of Kred, and Kred has real-time access to tweets through a commercial arrangement with Twitter, and Kred has an archive of public tweets from the last 5 years].

Interestingly, on one hand we can complain strongly to a brand using social media, and then receive a satisfactory outcome, as in my own personal example with EE last year. This access to social media by brands has actually transferred a great deal of power to consumers in the last few years, and is only set to continue.

On the other hand, if we say that brands and companies cannot have access to any content derived from social media, it will quickly erode these consumer powers, and brands will be back in the position of being able to exert more power, without consumers having a real voice.

I know which side of the (consumer) fence I sit on.

Someone who is regularly photographed (or tweets about) getting drunk every weekend is probably not someone I would want in charge of my brand. Again, it all needs to be assessed in context. There is no right/wrong for social media – it is about common sense.

My parents once told me that the best way to get through life was to never say or do something that I would not want reported on the front page of a newspaper. This knowledge was imparted way before social media existed.

Who should be responsible for educating users?

During my interview with Helen, she asked who I thought had the responsibility to educate the public about the risk that someone may read something you had written on a social network months or even years ago.

I am not sure I have the answer. The platforms concerned could possibly make the privacy settings more prominent when someone signs up for a new account, but I feel this is just like when you ignore the 24 pages of terms and conditions when Apple releases a new version of iTunes.

The Government consistently reminds us of the dangers of drinking, smoking and driving too fast yet still many people do this.

Just as when you are on a balcony, you are unlikely to see huge signs saying “don’t jump over the balcony because it is a long way down and you may hurt yourself” – we learn this from a very young age.

Perhaps more education should be undertaken in schools about the long term danger of social media (by long term I mean when they apply for a job many years in the future), and then everyone will learn naturally to understand the pros and cons of social media.

I also don’t believe that regulating social media monitoring firms will have any effect, as you would have to then monitor and regulate any firm that even looks at a social media page.

Instead, let’s experiment with social, and understand the benefits. Humans can then work out for themselves, as Paris Brown did, how very powerful social media can be.

This post has started an interesting discussion over on Google+ as well on my original G+ post and then one by Jeff Jockisch.