Many London Calling readers may recall that while at Kred, I was involved with their generic Top Level Domain (gTLD) strategy around the three domains .CEO,.Kred and .Best.

I already have andrewgrill.ceo thanks to the generosity of the dotCEO team.

I can’t do much with this domain as I have no idea how to access the settings and add my email etc – so it will stay as an “about.me” page until I figure out how to do this.

Being the early adopter, I thought I would purchase a brand new gTLD to go through the process of grabbing one of these domains.

I decided to take a new .PICS domain name to promote my picture site.

A few years ago I decided to abandon the public photo sharing services in favour of my own. The full reasons for this move I have outlined here.

I wanted to grab social.pics to complement my social business blog at social.bz, but was beaten by someone in the US.

How a $1 pen allows you to game the gTLD system 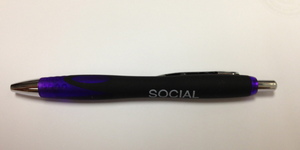 Kevin Murphy over at DomainIncite has shed some more light on how a US intellectual property lawyer has trademarked “social”, using a tenuous link to a pen company in Switzerland to be able to grab gTLDs such as .social.

The $1 pen above allows a Beverley Hills law firm to claim that they own the trademark “social” and hence may have the opportunity to stop anyone requesting a .social domain from registering it, under the trademark clearinghouse mechanism from ICANN.

This is a pretty cunning tactic, and in my case stopped me from being able to register and use social.pics.

Presumably they are going to sell this on as there is nothing at this domain yet.

My 2nd preference was going to be tweet.pics, but when I went to register this at my registrar gandi.net I was hit with a strong warning that this was a trademark held by Twitter and that I would have to acknowledge that I had the right to use this domain.

Not wanting to be sued by Twitter (I’ve seen what happens at close hand while at Kred), I settled on alt.pics.

The other reason I grabbed alt.pics is that I wanted to experiment with these new gTLDs to see what the adoption was like.

In the mainstream media here in the UK, dotLondon has been given a huge promotion.

Recently the London Evening Standard proudly announced their use of standard.london – thus helping promote the new domain to Londoners. 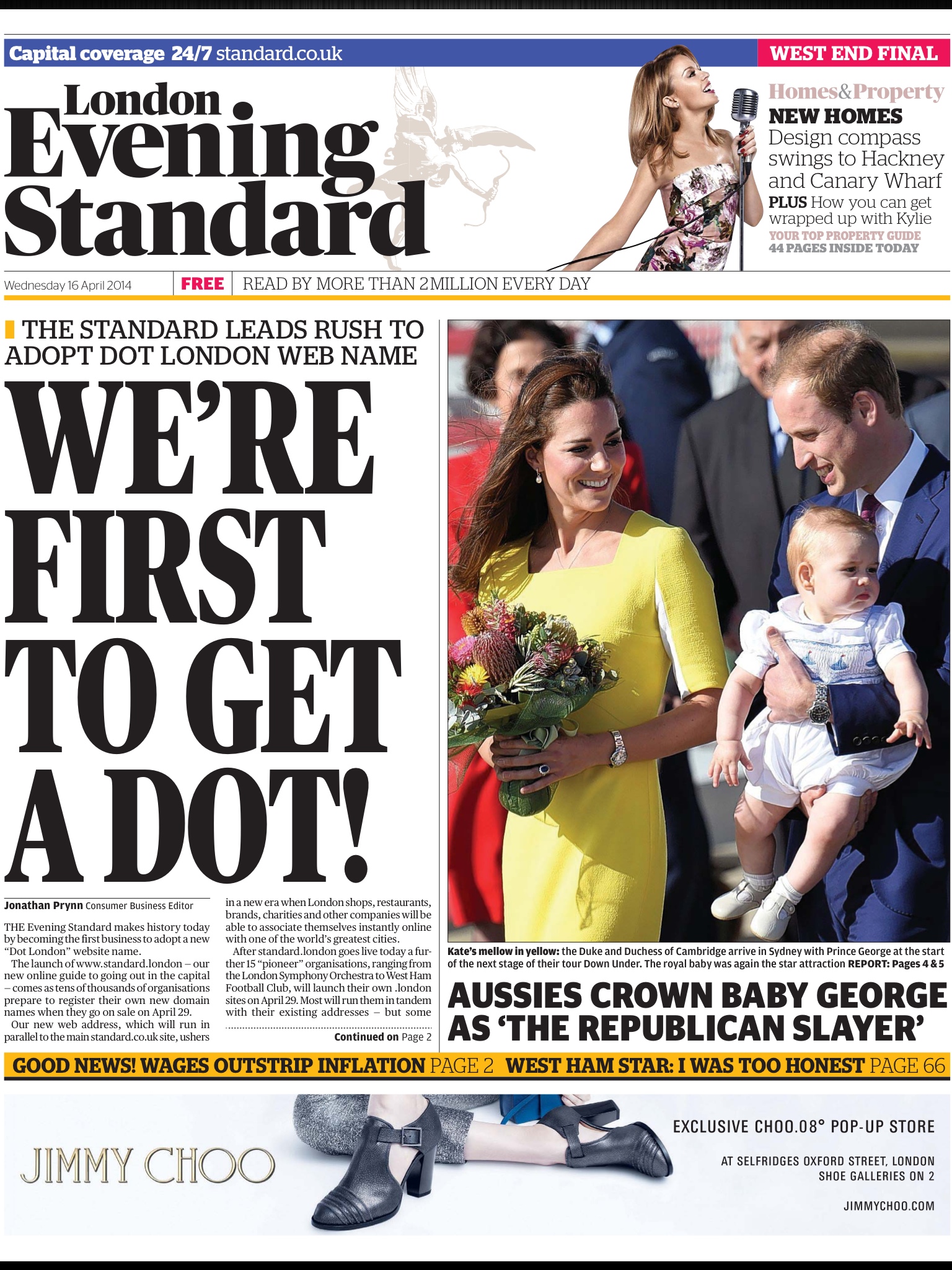 London’s Mayor, Boris Johnson also promoted the dotLondon domain in a full page ad. It should be noted that the Mayor indirectly owns the .London domain through London & Partners. 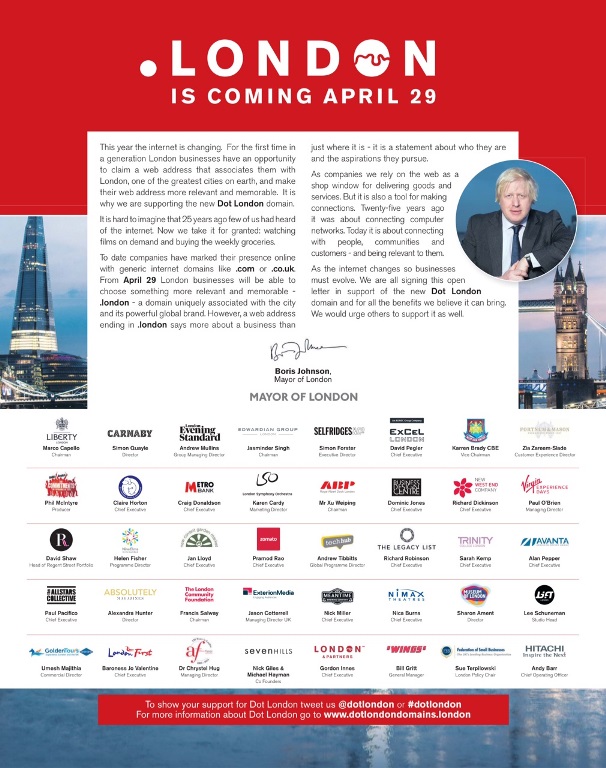 Back in November 2013, the Standard breathlessly reported that “thousands of firms” were in a “stampede” to buy a .London domain.

What I have seen however is just a new crop of “domainers” grab all the best domains, leaving the general public and companies with an interest in these new domains to fight over what’s left.

Will you be getting a new top level domain?  Have a look at the options using the search tool at gandi.net and please go and have a look at my new picture domain at alt.pics.