I don’t know about you, but I haven’t called a switchboard for years. 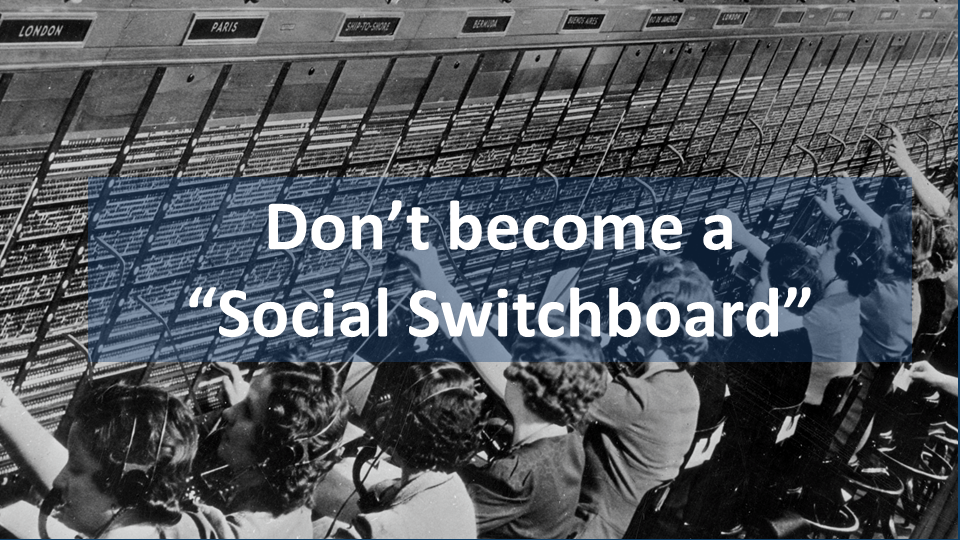 Some of the millennial readers of this post may not even know what a switchboard is.

A quick primer: when telephone networks were first introduced, you couldn’t directly call a number, so you had to have your call manually connected by an “operator” who would literally patch your call from one phone to another, via the switchboard.

In business, the switchboard for a long time became the focal point of the company, and to reach anyone, you had to call a central number, then be transferred to the right “extension” by the switchboard operator.

I am sure that companies still maintain the switchboard function, but on pretty much every business card and email signature I come across these days, there is a direct desk number and a mobile number – even fax numbers seem to be disappearing [read what a fax machine is here].

Which brings me to the point of this post.

I believe the switchboard analogy is fair, as if you tweet a company’s @name, then in most instances, a person on the “social media team” picks this up, and then they have to decide the most appropriate person or department to respond to the tweet. In some cases the tweet is copied into an email (yes really!) and sent onto another department for action.

Now I am sure that some people reading this will by now be screaming at the screen saying “you are so wrong, we answer all the tweets ourselves”.

But herein lies the problem

When a piece of social media content enters a company and is triaged by a single, central team, then there is a risk that it either never gets to the right person/department at the right time, or an opportunity for a detailed response is missed.

I have started to present my concept of how companies are investing in a social media switchboard rather than federating this amazing social media insight throughout the organisation.

Watch me explain the social media switchboard problem in this 1 minute video, part of my 30 minute keynote at the New York Brand Innovators conference in December 2014.

Who is missing out when a social media switchboard is in place?

Social media content not obviously actionable by the social team may be missed – and the next bright millennial you have been trying to find may go unnoticed because the content they are directing at your company (or a competitor) isn’t something that the switchboard is set up to respond to so it goes unanswered.

The same can be said for other areas of the business such as:

My view is that for social to work inside large organisations and provide real business value is to have it federated among the organisation. 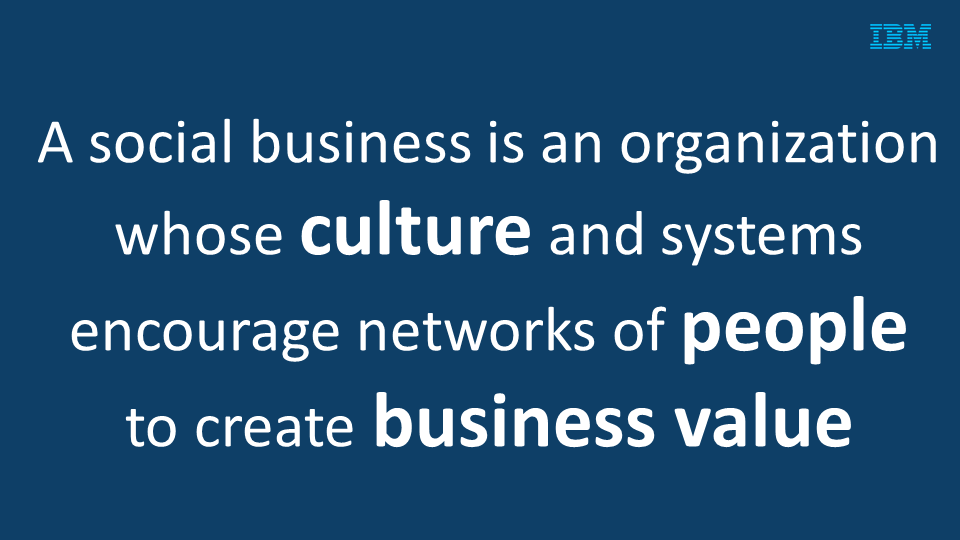 How does social media 2.0 work in an organisation?

Let’s look at the normal flow of social media content into an organisation.

Content comes in – either direct or indirect to an organisation (mentioning their @name directly or via use of a relevant keyword picked up by a social media listening tool).

Instead of being intercepted by a human on the “social switchboard”, powerful text analytics or psycholinguistic analysis is applied and then the content is routed to the most appropriate person in the organisation – with full workflow management. If it is not actioned by someone in a timely manner, then an alert is fired off.

How would this work in practice?

Just as it works today, we know how to get our message direct to someone, either by their direct email address, direct line, twitter, LinkedIn profile or mobile number.

The intelligence (and the workload) is federated throughout the organisation, rather than relying on a “switchboard” to capture and process the message.

In this federated model, the right person gets the message, and a service like IBM Watson learns how the content is used, and smart analytics is applied to the content received, and how it is distributed is analysed to see that the right people are getting the right content.

Social media reports are not the answer

While we are discussing this, can we stop doing those weekly “social media reports” that get emailed around that no-one actually reads??

I simply don’t understand how can you produce a static report and expect people to action it?

I heard about a company the other day that emails (yes emails!!) thousands of people each week the “social media report”. When asked how people collaborate in this insight, the response was “well of course they can’t”.

My view is that teams that persist in this behaviour won’t be around in a year’s time when your CEO sees that your team has just become another expensive switchboard.

Do you agree? Have your say in the comments below or tweet me @AndrewGrill.