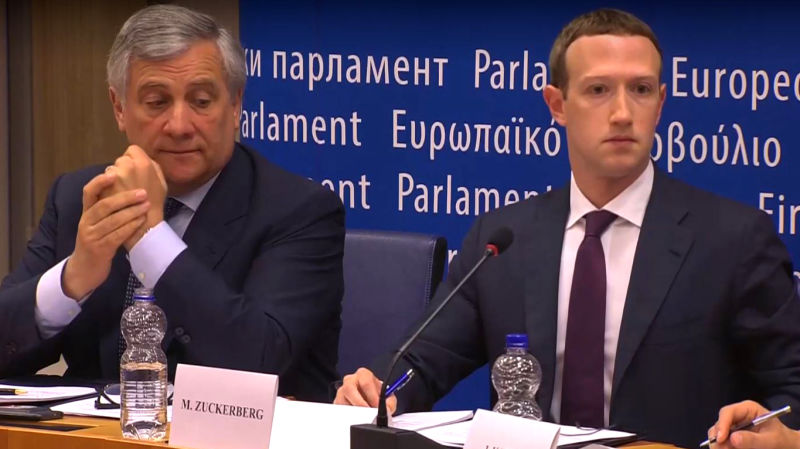 Yesterday’s appearance by Mark Zuckerberg before the European Parliament was a masterclass in PR – and how to avoid answering the difficult questions. When Mark said “I am conscious we are 15 minutes overtime” and he indicated he had a “plane to catch” (his own private plane), I was literally left speechless.

Were we sitting in one of Mark’s own executive meetings where he controlled the timings and agenda? No. It was the European Parliament who had summoned him to appear and explain a number of questionable activities from Facebook.

I am not sure who devised or agreed on the format, but having the MEPs ask questions one after the other and only needing Zuckerberg to “summarise” at the end played into his hands.

Binary questions, and important ones at that received no answer.

Despite some MEPs pushing for answers on shadow profiles, Zuckerberg managed to move them along to other topics nicely.

I feel that Mark owned the meeting, and the European Parliament completely missed their own opportunity to bring Facebook to account just 2 days before the most comprehensive change to data privacy (GDPR) is launched.

PR scholars would have marvelled at how easily (thanks to the format) Zuckerberg was able to offer his own summary of all the questions and himself decide which questions he would be comfortable answering, and ignoring the rest.

The US congress did not do much better, but each time I watch Zuckerberg testify, I scream at the iPad that he’s getting away with not answering any of the questions.

I also wonder who is keeping Facebook to account with the 45+ “I’ll have my team get back to you on that” deflections from his US testimony, and now dozens more questions asked by the European Parliament that went unanswered.

While I don’t advocate you follow Zuckerberg’s tactics, it showed that when you are assertive and control the room, you can get away with almost anything.