News from Mashable that Apple has demanded that Facebook remove their “VPN” app, Onavo from the app store is a victory for common sense. Regular readers of my work will know that I have been championing the use of VPNs for some time now. 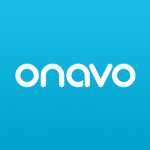 Years before Facebook acquired Onavo in 2013, I used Onavo on my Android phone, as they claimed that their app would “speed up” my web browsing.

Last year I wrote about how Facebook was using data from Onavo to inform their product development team, and may have even helped them decide to shell out $19Bn to buy Whatsapp.

What they had never been really clear about was that the app, while behaving like a VPN, was more interested in what other apps you had installed on your phone and what you did with them.  It is as powerful as having a market research analyst sitting next to you watching what you do on your phone, 24 x 7. Creepy.

A July 2017 Wall Street Journal article said about Onavo: “The app gives Facebook an unusually detailed look at what users collectively do on their phones”. Wow.

Apple has finally put their foot down and demanded that Facebook pull the app from the app store. It is still available on Google’s app store for Android phone and I wonder if they will make the same request.

VPN, what are you good for?

As I have been saying repeatedly, a VPN is a MUST for anyone who travels, or uses public WiFi to protect your traffic from hackers and others wanting snoop on you. It encrypts ALL of your data into a “tunnel” and hides it from your ISP, your employer, Starbucks or even your mobile phone operator.

Instead, when using a VPN, you put your trust in the VPN provider, trusting that they will not inspect your data and collect it or do something with other than securely connect you to the internet.

VPNs can also be used to bypass geographic restrictions imposed by the BBC for their iPlayer or Netflix to ensure content available and licenced in one country only can be seen anywhere.

Free VPN’s such as Onavo make their money from YOU, so invest in a VPN, and by paying for one, you should have a higher level of expectation that your data remains yours.

I regularly use my VPN of choice, VyprVPN (click here for a free trial and a decent discount) to connect to servers in Australia and the US to view TV programs that are normally only available if you and physically in that country. I’ve also used this VPN in countries that have blocked social media sites such as Twitter and Whatsapp and had them work perfectly.

Facebook and Onavo breaches the trust implied by using a VPN to snoop on YOUR data and use it for THEIR purposes, sadly something that Facebook is now famous for.

If you are currently using Onavo, then I suggest you delete it completely and use a real VPN like VyprVPN.

Demand a fair value exchange for your data from now on.

Facebook should clean up their act and shut Onavo down if they are truly serious about user privacy and rebuilding trust.