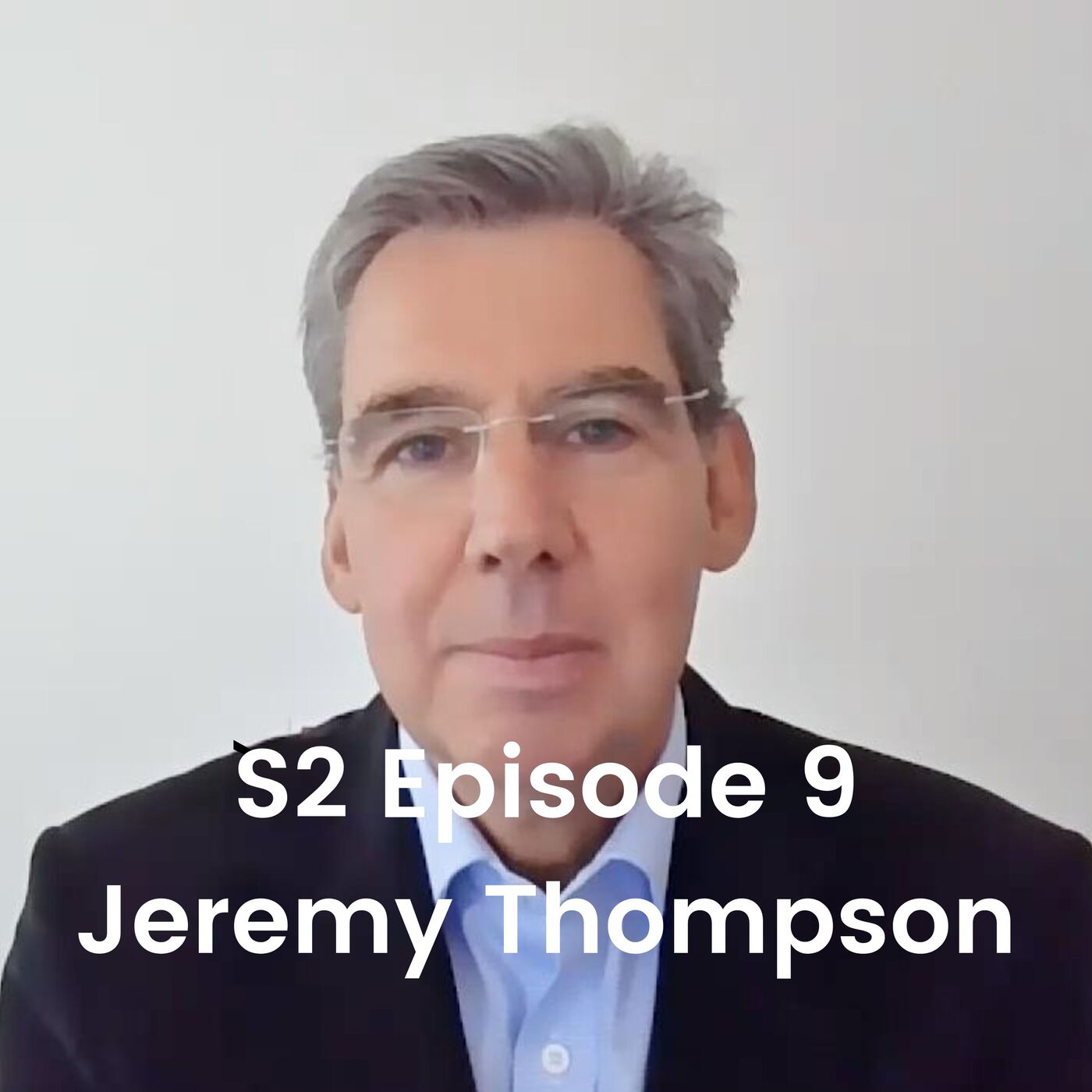 We spoke with Jeremy Thompson, who is Executive Vice President of Huawei UK, and oversees the development of Huawei’s UK businesses.

Jeremy joined Huawei UK in 2012 as deputy managing director with specific responsibility for carrier strategy, business change, and key customers. Prior to Huawei, Jeremy worked for 20 years in senior management roles, including product leadership and telecoms joint venture development for BT group in the UK and other parts of Europe, including Spain and the Nordics.

Jeremy’s also previously worked in the USA and the UK for an IBM software company and consulting businesses.

We spoke at length about Huawei’s reaction to the recent UK Government decision to force UK mobile operators to remove all Huawei 5G equipment by 2027.

We also addressed a number of other issues:

Andrew Grill: Welcome to season two, episode nine of the Actionable Futurist® Podcast.
Today’s guest is Jeremy Thompson, who is Executive Vice President of Huawei UK, and oversees the development of Huawei’s UK businesses. Jeremy joined Huawei UK in 2012 as deputy managing director with specific responsibility for carrier strategy, business change, and key customers. Prior to Huawei, Jeremy worked for 20 years in senior management roles, including product leadership and telecoms joint venture development for BT group in the UK and other parts of Europe, including Spain and the Nordics.
Jeremy’s also previously worked in the USA and the UK for an IBM software company and consulting businesses. Welcome Jeremy.
Jeremy Thompson: Thank you. Thank you, Andrew. Good to talk to you.
Andrew Grill: We have a lot in common. We’ve both got a career in telco. We’ve both worked with IBM. So what’s been your journey to Huawei UK.

Jeremy Thompson: Well as you mentioned.
I did , in the earlier part of my career work in professional services with IBM, , in the US and, then in the mid nineties, early nineties, I came back to the UK and I joined a British telecom BT, and, , worked for 20 years for BT. , so I’ve been really in the, , telecom space now for a two or three decades and seeing the development from, analog through first-generation now and into a fifth generation.
And my background is in product and product management and joint ventures, , which BT had a number across Europe.
Andrew Grill: We have very similar career direct trajectories. We’ll explore that in a minute, but it’s great to talk to another telco friendly person. So back on season two, episode four, we spoke with your colleague Paul Scanlon about the future of 5G and we had a really interesting discussion about Huawei’s approach to 5G from a technology point of view. I won’t ask you a bunch of technology questions today, but what does 5G mean to you?
Jeremy Thompson: 5G as it implies is the next generation. , and every generation brings new opportunities, , in the wireless space.
But, , potentially I think the second generation was significant. The fourth generation was significant and the fifth generation is probably very significant. , We, as an industry can be criticised a little bit of over promising to quote, Bill Gates, we overestimate the short term and underestimate the long term and, , 5G is going to deliver on a number of promises that perhaps have been made over the last few years.
But if 4G was about, , apps and consumers and smartphones, 5G is about connected devices, and B2B and health and agriculture and verticals. , so we think we’re on the cusp of a major change in the telecommunications industry and the ecosystem around it. , I’m sure we’re going to talk about that, but it may take another two or three years before the networks are rolled out and the applications are developed and, , someone has the aha iPhone moment, , in 5G.
Andrew Grill: What’s funny you, miss 3G as that inflection point. I remember when 3G came out and I won’t name the carrier, but, , everyone was promising video calling. I think I’ve made two video calls in my entire life. It was really about faster internet, although when my phone goes back to 3G or heaven forbid E for Edge, I just have to cringe. I think edge should be illegal in any country.
Jeremy Thompson: There’s enough legislation being talked about in our industry right now, I would suggest tha the superior technology of 4G is going to replace 3G, and you going to see 3G retired probably before 2G, , that there are some applications on 2G which worked well, 3G , that spectrum probably will be refarmed and used in 5G.
Andrew Grill: Even my old employer Telstra I think has turned off their entire 2G network and the spectrum is being re-farmed, so there are some countries where you can’t actually get a 2G signal. You’ve been at Huawei for eight or so years. Tell me about your heritage of research and innovation here in the UK.

Andrew Grill: That’s beyond the magic that I have today.

Jeremy Thompson: Change anything in the mobile industry? I think the single most important thing that we need to make sure doesn’t change if I can use it that way is the splintering of the standards. I would say that our future is much brighter together than separate and, whatever politics is going on at the moment, geopolitics trade wars, I think the most important thing for us is we maintain that future, with a global standard, and that we cooperate in the development of future generations as we have done in the past, and we realise the benefits that we can see through the next generations, so wishing something doesn’t happen as opposed to wishing something does happen.
But if we continue with the way we’re going, I think we’ll be much stronger going forward.

Andrew Grill: Final question Jeremy, how can people find out more about Huawei and what you’re doing here in the UK?
Jeremy Thompson: We have a website we distribute our devices through the high street and our customer base is the household names, Vodafone, BT, and others. We also invest a lot in research and development in the UK, through universities and, quite frankly knowing what Huawei does, you better come talking to us rather than necessarily reading what’s been in the papers. But we’re here, we’re committed and we’re, we’ll look forward to servicing the UK.
Jeremy I’ve really enjoyed our discussion. You’ve been very open and honest and frank and I’ve loved the discussion about you as a leader and the whole work from home and everything else. Thank you so much for your time and stay safe.
Thank you, Andrew.
Really appreciate it. Great to talk to you.