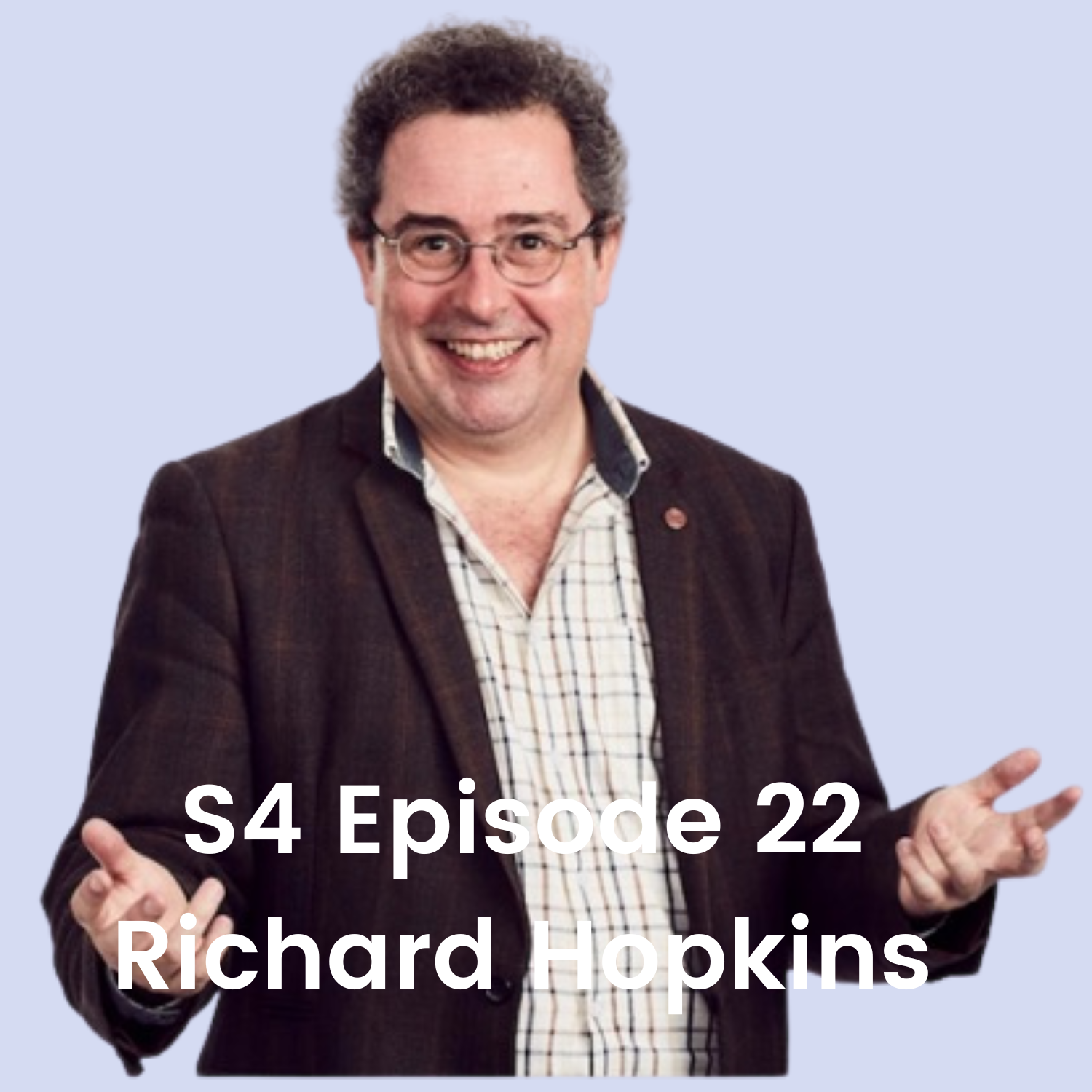 S4 Episode 22: Richard Hopkins from IBM on the future of Quantum Computing

Listen also via one of these apps

Quantum physics has already changed our lives, thanks to the invention of the laser and the transistor, both products of quantum theory. Almost every electronic device we use today is an example of quantum physics in action.

I believe we may now be on the brink of a second quantum revolution as we attempt to harness even more of the power of the quantum world.

Quantum computing will impact many sectors, including healthcare, energy, finance, security, and entertainment. However, significant practical challenges must be overcome before this level of large-scale impact is achievable.

One of the companies at the forefront of this revolution is IBM.

To better understand Quantum Computing, its advantages and its uses, I spoke with Richard Hopkins, an expert in this field.

Richard is an IBM Distinguished Engineer and Fellow of the UK’s Royal Academy of Engineering.  He was also the nineteenth President of IBM’s Academy of Technology. Richard became President after 25 years of field experience as an IT Architect.

We covered everything from Quantum 101 right through to how Quantum might help solve some of the world’s biggest challenges – a fascinating episode for anyone who has heard of Quantum and wondered – just what is it?

1:21 What is Quantum Computing?
5:20 How does a Quantum Computer work?
8:14 When did IBM’s involvement in Quantum start?
9:26 What is “Quantum Advantage”?
10:22 The era of “batch computing” is here again
12:47 When would you need to use a Quantum Computer vs a standard computer?
14:39 The limitations of Quantum Computers
16:25 Edge computing and Quantum
17:45 Working together as an industry
19:29 Richard’s journey to working in Quantum
20:53 Becoming “digitally curious”
21:30 The future Quantum jobs
23:19 Non-technical roles in Quantum
25:00 Sectors that can benefit most from Quantum
26:23 The IBM Quantum network
27:32 IBM’s Quantum roadmap
29:33 AI and Quantum
31:22 The risk of Quantum and encryption
32:55 The need to be “cryptographically agile”
34:11 The good uses of Quantum Computing
36:12 Quickfire round
37:40 Three actionable actions to better understand the promise of Quantum
38:17 More on Richard