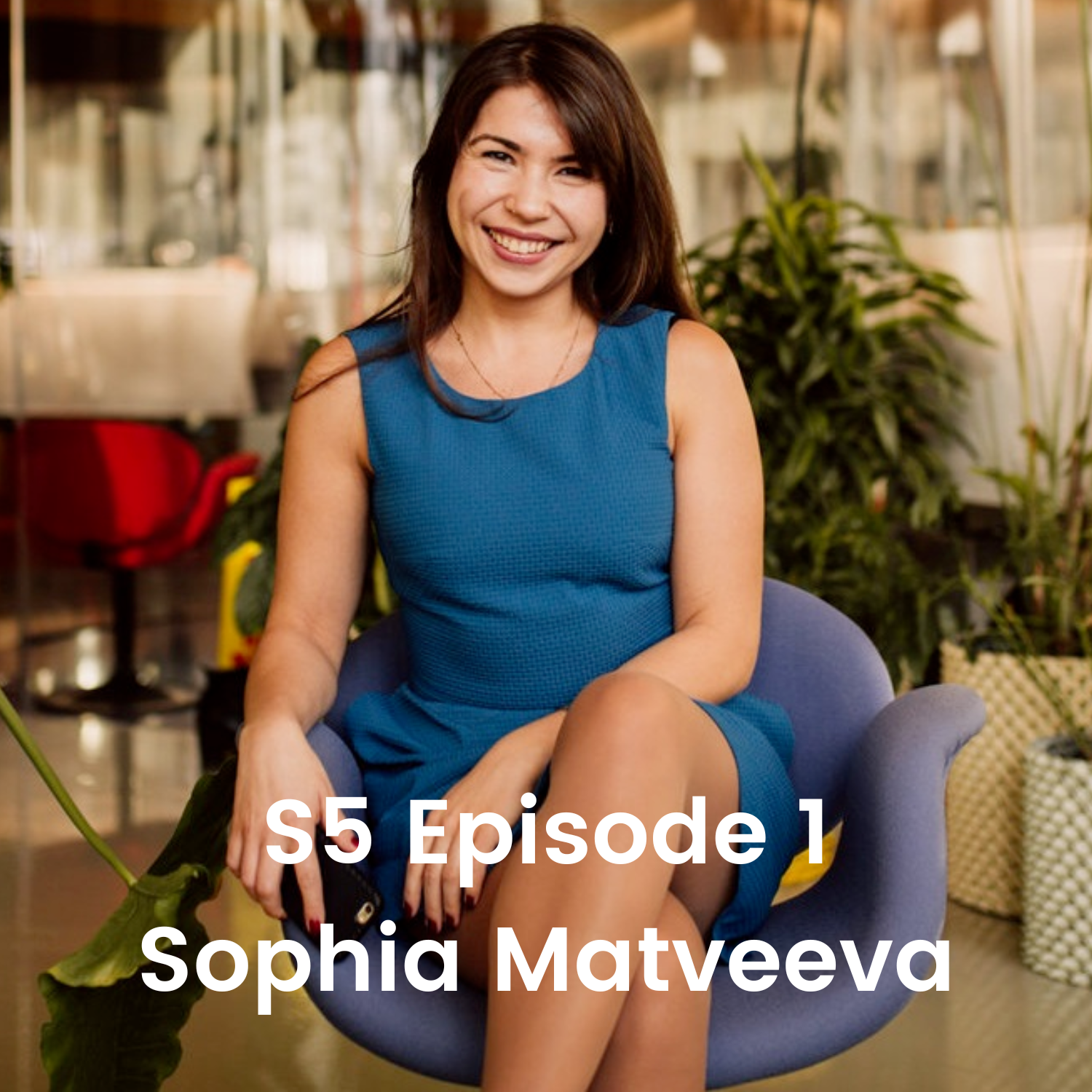 To kick off the new season, I interviewed Sophia Matveeva CEO & founder of Tech For Non-Techies.

Sophia argues that you don’t have to be a tech expert to found, run or work in a technology company at senior levels.

Tech For Non-Techies is an education company and consultancy. Sophia has contributed to the Financial Times, The Guardian, and Forbes on entrepreneurship and technology, and hosts the top-rated Tech for Non-Techies podcast.

Tech for Non-Techies teaches non-technical professionals how to Speak Tech and succeed in the Digital Age through corporate & individual training programs.

As a non-technical founder, Sophia has co-created apps and algorithms that have been used by thousands, won App of the Day by Mashable, and was featured by Inc, the BBC, and more.

Sophia is a start-up mentor at the Chicago Booth Polsky Center of Entrepreneurship, and has advised leading accelerators including Chicago Booth’s New Venture Challenge and the Microsoft x London College of Fashion incubator.

She holds an MBA from Chicago Booth and a BSc (Hons) in Politics from Bristol. She speaks English, Russian and French. Sophia also sits on the Board of the University of Chicago’s Alumni in the UK.

These issues and more will be covered in Andrew’s upcoming book, to be published by Wiley later in 2023.