– how does this change the way we see and do politics?

Social media and the changing trends of news consumption are remaking politics. How does this change political career-paths and the level of control political parties have over their members? How can parties adapt to this change, both vis-à-vis their members and their voters?.

New politics of candidate network vs old politics of party controlled network? (09.10 – 10.30am)

Social media empowering governments to better engage with the public – in theory… (10.45 – noon) 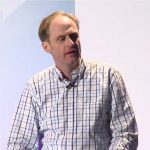