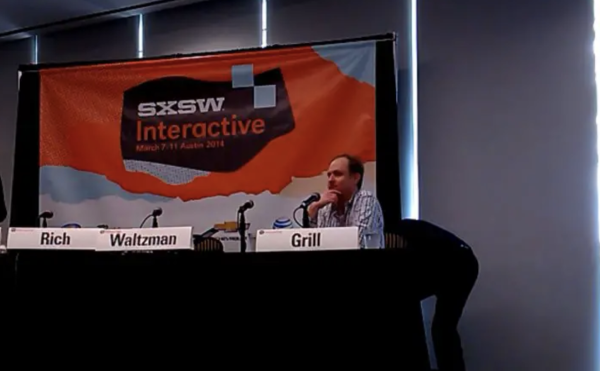 Andrew appeared as part of the South by Southwest Interactive Festival in Austin, March 7 – 14, 2014 titled

More about the panel below:

Humans are both generous and selfish.

Google has taught us to search, Facebook to make friends, Twitter to be open and smartphones to be always connected.

Enterprises and Governments are being dragged along by Consumers who have rapidly embraced Social Networking.

The Internet is about to become over 500 purpose and interest based containers thanks to new generic Top Level Domains launching later in 2013.

Each “container” will be a focussed Social Network.

Rand Waltzman from DARPA, Jodee Rich from PeopleBrowsr and Andrew Grill from IBM will talk about how we are still at Ground Zero in the life cycle of Social Network tech.

The future of social will be allowing Enterprises and Governments to roll out their own Social Networks in their own clouds, owning their own Business Intelligence.

What does this mean for existing networks? Come along and find out.