Following on from the successful Tech Australia event hosted by The Australia-UK Chamber of Commerce at Australia House in London in 2018, the 2019 event will be even better and Andrew is the MC for the whole event.

Andrew’s interview with Dom Price is now available as a podcast – listen below or search “Actionable Futurist Podcast” in your favourite Podcast app.

With over 28 years of continuous economic growth and spending on tech forecast to hit more than £50 billion this year, Australia is the big new market for tech, with companies including Revolut, GoCardless, TransferWise, Amazon and Slack all recently setting up shop down under.

Tech Australia 2019 was held at Australia House in London with headline speaker Dominic Price, Head of R&D and Futurist at global leader Atlassian, who spoke about the future trends shaping the Australian and international tech industry, followed by a panel discussion with experts on successfully scaling and entering new markets.

The talks were followed by a reception with Aussie wine, beer and pies in the Exhibition Hall.

More on the speakers below:

As the Head of Research & Development at Atlassian, Dom has responsibilities spanning 7 global Research and Development centres. As the in-house “Team Doctor”, he has helped Atlassian scale by being ruthlessly efficient and effective, with one eye on the future and has also pioneered the Team Playbook. Prior to his role at Atlassian, Dom was the General Manager – Program Management for a global gaming company and a Director of Deloitte.

Founded in Sydney in 2002, Atlassian now serves over 125,000 companies worldwide across the United States, Europe and the Asia Pacific.

Actionable Futurist and former Global Managing Partner at IBM, Andrew Grill is a popular and sought-after presenter and commentator on issues around digital disruption, the workplace of the future, emerging technologies such as blockchain and artificial intelligence, digital diversity, personal branding, and employee advocacy.

An experienced corporate leader, Andrew has launched and run technology companies in Europe and Australia and worked with and for some of the world’s leading companies including Telstra, Vodafone, Nestle, BBC, American Express, John Lewis, and Unilever. He speaks to and consults for organisations world-wide to develop their strategy in a world rife with digital disruption.

Stuart is the Founder & Managing Partner of Adventure Capital, with over 20 years experience as a serial entrepreneur and pioneering venture investor in Australia. His diverse interests and successes in building businesses range across venture capital, property, FinTech and more recently the food, beverage and hospitality industry.

In 2011, Stuart founded YBF Ventures (previously York Butter Factory) as a destination for technology entrepreneurs, forging partnerships with ASX200, Fortune1000, State and Federal Governments, and during this time was a Co-Founder or Founding investor of multiple market leaders including PropTech Equiem, Hoist (in joint venture with Mirvac), financial wellness platform PayActiv, and wealth robo-advisor Clover.com.au.

The event was sponsored by: 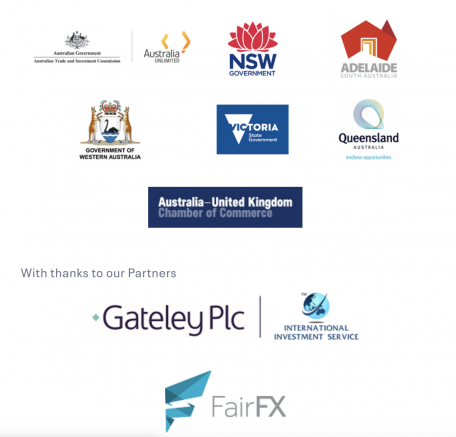