The Actionable Futurist® Andrew Grill is an accomplished public speaker and to date has presented 5 TEDx talks in London and Cardiff.

You can learn more about the TEDx program on their website.

TEDx talks are only a small part of Andrew’s speaking portfolio. See other talks on the videos page.

April 2014 – Royal Geographical Society.  The theme was “magic” and Andrew spoke about the evolution of social. He looked at how “social networks” have actually been around since the 1st century BC, and they were suppressed by mass-market television in the 50s and beyond, only to be resurrected again in the early 2000’s by technology, and networks such as Twitter, Facebook and LinkedIn.

February 2015 – KPMG London office. This was an internally-organised TEDx event by staff at KPMG. Andrew spoke on the need for digital diversity on today’s boards. He used examples of digital disruption hitting well-known companies as a way to explain why boards need to have Digital Non-Executive Directors. As this was an internal event, a replay is not available. A similar public talk on this subject can be viewed here. 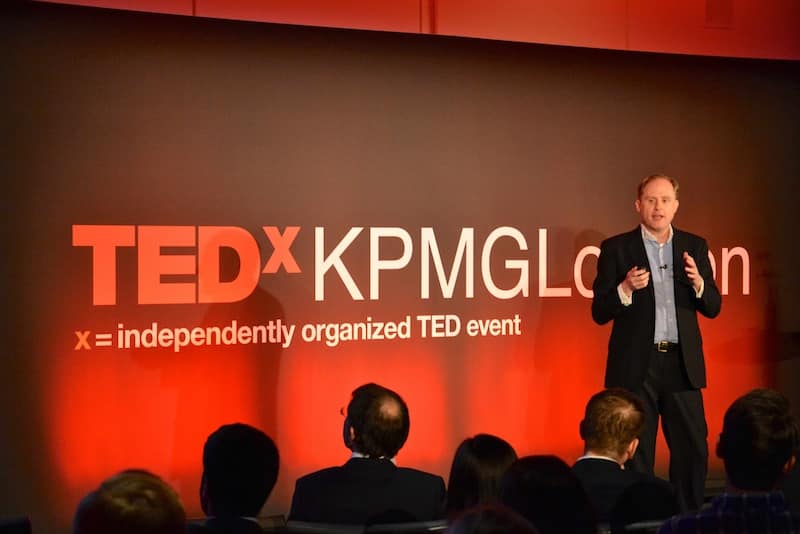 October 2016 – Royal Holloway Campus, Egham. The theme of the event was “formative moments”. Andrew spoke about his moment, during a public speaking competition in Adelaide, Australia in 1992 that he realised he really enjoyed speaking. He also asserted that young people need to resist the urge for instant gratification, and living in the now, citing research from Walter Mischel in the 1960s as well as how the “comfort zone” was discovered back in 1908, psychologists Robert Yerkes and John Dodson explained that a state of relative comfort created a steady level of performance.

The theme of this TEDx was Digital Innovation and Andrew presented on the topic “Policymaking in the age of digital disruption“. September 2019 – London. An internal event organised by the European Bank for Reconstruction and Development on Wednesday 24th September.

The theme of this TEDx was  ‘Creating the Innovation Spark’, and Andrew’s talk was titled “The innovative power of the Post-It-Note”. 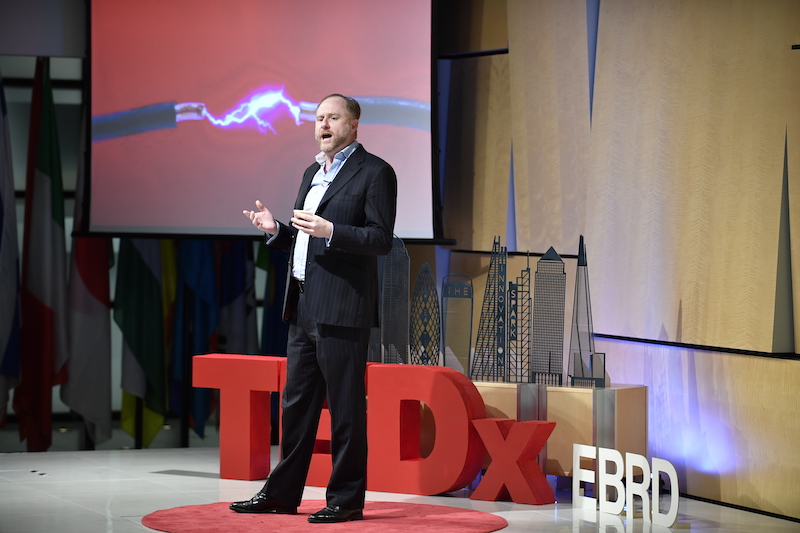