On Sunday I was leafing through the UK national newspapers (on my iPad naturally via PressReader as I haven’t touched a paper version of a newspaper in 8 years) and I spotted something quite strange. 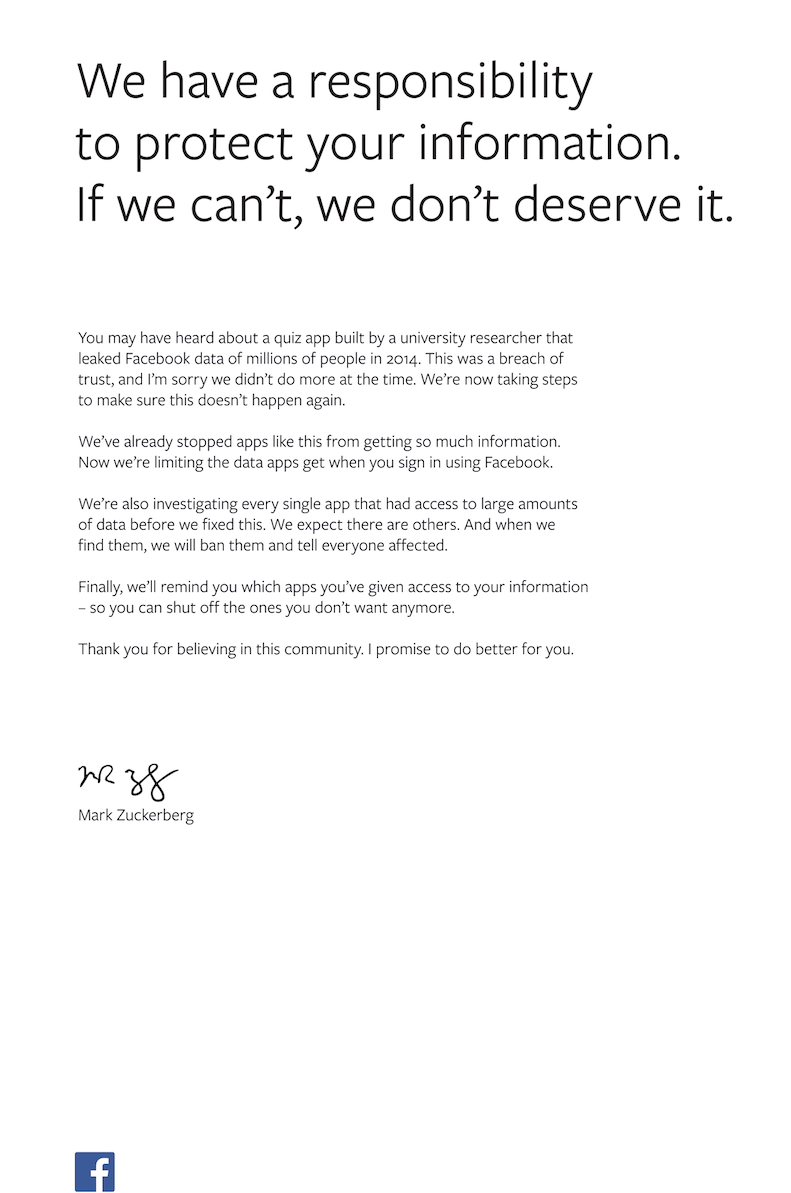 Interestingly, the Facebook branding was minimal – almost an afterthought at the very bottom of the page, and as far as physically possible from Mark Zuckerberg’s signature.

The irony can be found that Facebook (the world’s largest social network), chose traditional media – newspapers to publish their “apology”.

Apparently, major newspapers in the US and UK carried the full-page ads. I noticed them in both the Sunday Telegraph and the Observer on Sunday in London.

The strategy is a well-worn one for companies in the middle of the crisis. I wrote last week about how it took Zuckerberg the best part of a week to go on the record (on CNN) and talk about what happened.

If press reposts are to be believed, even at Facebook HQ in California, instead of Zuckerberg or COO Sheryl Sandberg fronting an all-hands meeting, it was left to a lawyer to deliver the news.

This is a sure sign of a company in panic mode.

Sandberg said that if she could relive this week over again, she and CEO Mark Zuckerberg would have spoken up a lot sooner.

“We definitely didn’t realise the gravity of this issue sooner,” Sandberg said in a televised interview on CNBC. “We know this is an issue of trust, we know this is a critical moment for our company and the service we provide.”

Really? They did not realise the “gravity of this issue sooner”.

Also, Zuckerberg was careful not to admit that it was a “data breach”, instead offering it was a breach of trust. Technically, from what I have read from the media reports it was not a breach because Facebook GAVE THE DATA to the organisations concerned. The fact he can’t apologise for a breach is because they let it happen.

So what can we as consumers do to protect us from any of the social networks giving our data away?

Not much as it happens, because we already give a lot of our personal data away.

There are however two things you can do will help to limit the spread of your personal data – you shoud do them straight after you finish reading this article.

1. Control the apps that have access to your data

On Facebook, when logged in, go to facebook.com/settings?tab=applications and remove apps you don’t recognise or want to allow access to.  This is what you should see. You may not remember giving these 3rd-parties access to your data – but you did! 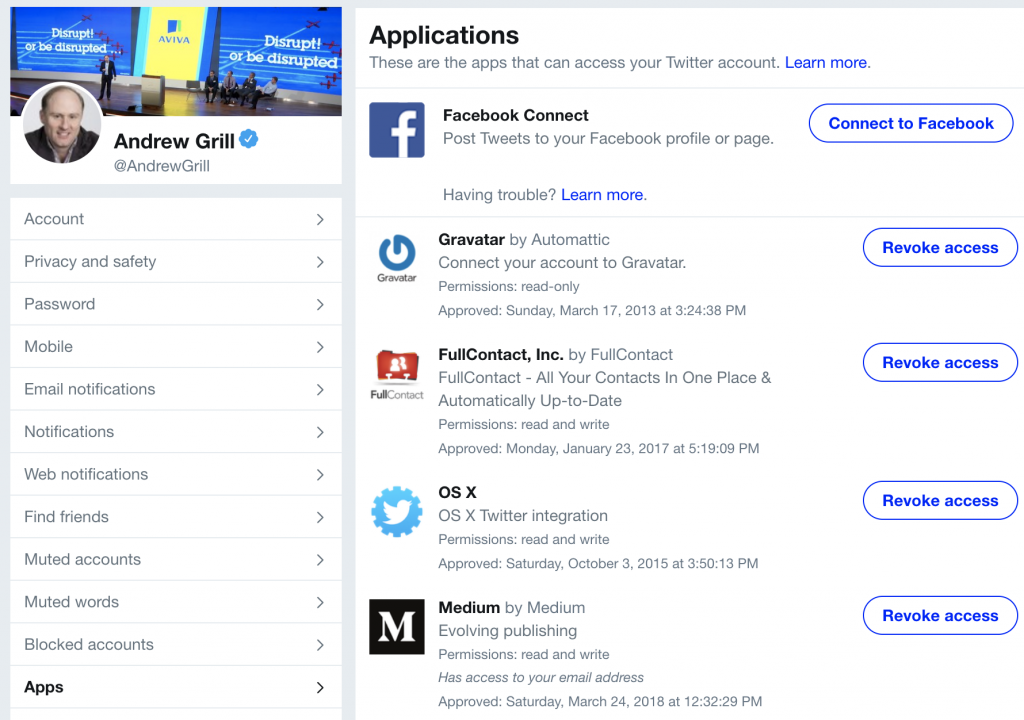 If you do, then you will just increase the number of applications and platforms that have unfettered access to your data. Instead, always sign in using an email address. I have my system set up so I can have a unique, disposable email address for every service I use. For example, I use vodafone@myspecialdomain.com for all Vodafone emails and bt@myspecialdomain.com for all my BT emails.
By not using social sign-in anywhere (including “free” WiFi), you can reduce your exposure to social data leakage.
What is your view of the Zuckerberg “apology”? Does it go far enough and can they really change?
My view from a recent post is that Facebook’s business model is so closely connected to traditional advertising revenue that they will have a hard time turning things around.