For many in the social media and marketing industry, the Channel 4 Dispatches program aired on Monday 5th August 2013 in the UK came as no surprise. You can watch a 2 minute trailer for the show below.

Titled “Celebs, Brands and Fake Fans”, the show looked at how some companies are offering celebrities “freebies” in return for a positive tweet, and also how there are “click farms” overseas that will deliver “fake likes”.

Those in the know accept that these practices happen, and those of us with integrity flatly refuse to engage in this behaviour or assist clients to do so.

When clients ask me how to “get more followers”, I ask them one simple question: Why?

In pretty much every case, they have no credible answer.

The academic answer all lies around the notion of “social proof”. 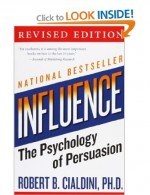 Robert Cialdini wrote about it in his 1994 book Influence: The Psychology of Persuasion

It is the reason why we stop to look when a crowd forms outside a store or restaurant – we wonder “what’s so good about that place”? It is also the reason behind why we buy a certain book that appears on a “best seller list”.

As the Wall Street Journal found out in March of 2013, these best-seller lists can be gamed, and often are.

And yes, even influencer platforms can be gamed. I wrote about this a while ago, and explained that in this new world of social media, transparency becomes key.

There has been a wide range of reactions to the Channel 4 program – from amazement that this sort of behaviour goes, on, through to traditional newspapers who thought this was nothing new – saying:

“It took the moral high road and told us this: ‘Celebrities will endorse stuff for a few hundred quid.’ Wowzers. Who’d have thought small time z-listers would surreptitiously endorse things for money? Isn’t that, like, advertising?”

With the recent abuse on Twitter that has made front page headlines in the UK, it points to the fact that social media is now at a crossroad.

I will leave it to others to critique Twitter’s immediate response to the issues faced, but what I do see is the opportunity for some very smart start-up to emerge to sort out a scalable way to handle this issue. I have no doubt that the next acqui-hire at Twitter will be in the area of security and trust.

Stepping back, I can remember back to October 2008, when I attended “The Tuttle Club” – a weekly, informal gathering of what can be described as a bunch of “social media geeks”. Many people I met in 2008 during these gatherings have become firm friends. 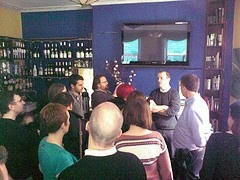 At these meetings, we would talk about what we could do with social media, hoping that one day brands would take it seriously and we could all perhaps make a career out of it.

Well guess what. Our wish has come true. Only now, many brands are seeing social as just “another channel to market”. With the continual fragmentation of traditional media, brands are scrambling to get their product in front of people who might buy it.

Using celebrities to push products is not new.

It has been happening for years. Even journalists have sailed close to the wind. with “famil” trips and flights paid for by an airline or hotel chain. Only fairly recently (and as a result of advertising standards compliance) have we seen disclosures at the end of articles saying “xyx flew as a guest of airline abc”.

My view is that ANY product promoted by a “celebrity” is tied to some offer of payment or incentive – perhaps this is unfair, but it is often true.

With the rise of social media influencers (in effect “social media celebrities”), the line is again becoming blurred.

Bloggers aren’t journalists so may feel they don’t have to comply with the law. They do.

In the interests of transparency, I am writing this post on an iPad provided to me by UK 4G operator EE as a part of my role as an EE Advocate. You can read more about my involvement here.

While it is in my interests to be transparent, it is also in my nature.

I am very aware that I am the manager of my own “brand”. It is what gets me asked to speak at conferences, and interviewed on TV. It is my calling card.

If I started tweeting about brands without disclosing my connection, you would very quickly think less of me, and my “brand” would suffer.

This is becoming a real issue for “pro bloggers” who all of a sudden are being courted by big brands to endorse their products.

On one hand, the brands can provide them with a secure stream of income, but at the same time their integrity and independence may take a hit.

I blogged about the issue of bloggers “crossing the line” recently.

One of the participants in the Channel 4 program also had some good advice for these new “Celebrities” and how they need to also manage their own “brand” carefully.

What did the Channel 4 program prove?

The Channel 4 program was I believe excellent because it did one thing very well.

It exposed to a mainstream audience that some celebrity tweets are as a result of a product consideration, and fans on Facebook can be bought.

It also shows that social is now at an important inflection point.

We can all remember a few years ago when we did not receive spam emails – it was more likely to be our friends forwarding around the latest joke on email.

Nowadays, I have very powerful spam filters on my email, and I get possibly one spam email a week that isn’t trapped by the filters.

As spam became a real problem, companies emerged with technology that can be applied to combat the problem.

Looking back at what we were hoping would happen with social in 2008, recent events have shown that social is now becoming mainstream – in a good and a bad way.

The bad parts of social will hopefully be solved by technology, and programs such as the Channel 4 one help the general public who are not involved in the industry to understand the transparency issues affecting social at the moment.

I don’t believe for a moment social will go away, if anything it will be embedded more deeply inside organisations.

The irony is that the scale and immediacy that social now brings will actually help us weed out the impostors on social more quickly.

What do you think?

Does social media have a credibility problem and what can be done to fix it?

I welcome your comments below or to @AndrewGrill